We had a free day in Florence before our next big tour so we decided a day trip was in order. One of the proprietors of our hostel suggested Pisa or Lucca, which he described as a walled city with a greenway/garden on top of the walls. Lucca sounded right up my alley, (You can rent bicycles and ride on top of the walls!) but we decided we simply could not leave Italy without seeing Pisa. When I make my way back to Italy (someday!) Lucca will definitely be a must do!

We took the train from Florence to Pisa and arrived around lunchtime.

We stopped right outside the station for a quick kebab (I would call it a Gyro but in Italy, it’s a kebab) to get a break from all the pizza/pasta we had been consuming and then made our way towards the tower. 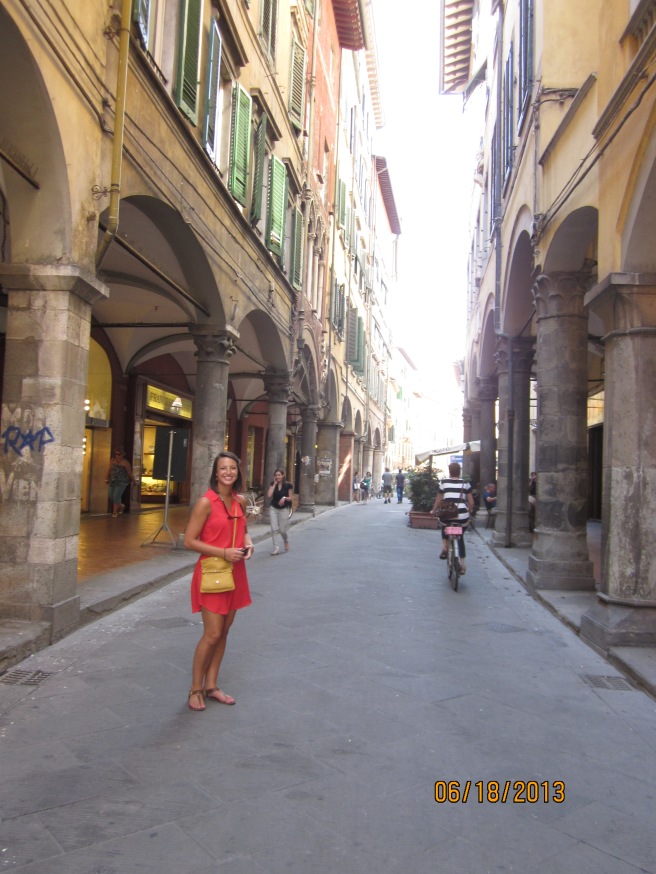 Pisa was rather small and at first glance seemed deserted. I would soon see that ALL the people were on the other side of town, at the base of it’s most famous piece of architecture of course.

The leaning tower started to peak above the buildings as we got closer, which made the approach very exciting.

The leaning tower of Pisa (or ‘The Tower of Pisa’) is actually the free standing bell tower that accompanies the Pisa Cathedral. The grounds and architecture were lovely, although VERY crowded, as you would expect with such a popular tourist destination.

We opted to skip touring the inside of the leaning tower as the line was outrageous and the heat inescapable. 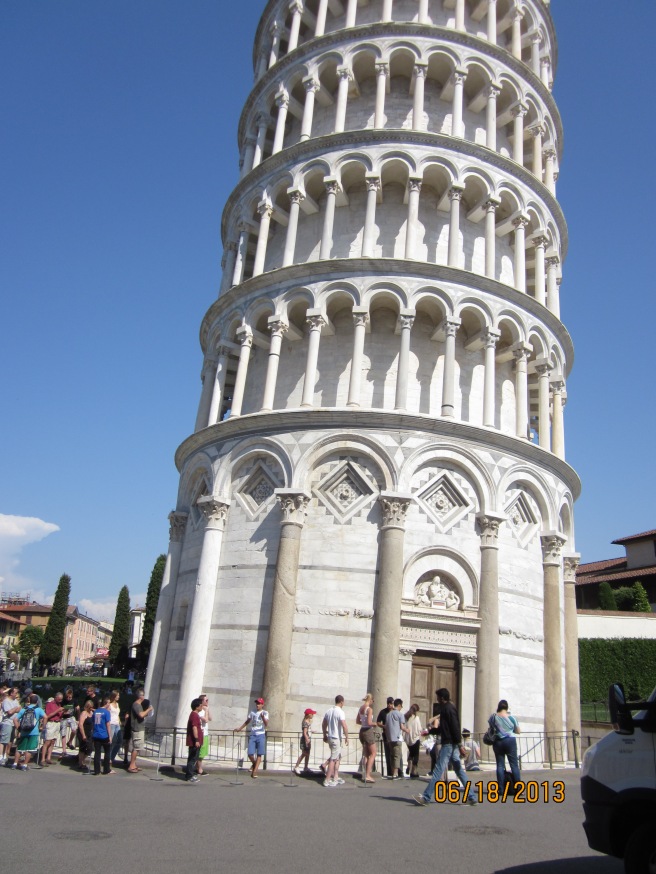 Instead, we did what every other tourist that’s ever been to Pisa in the history of the world has done, took exactly 459 photos of ourselves pretending to support the leaning tower: 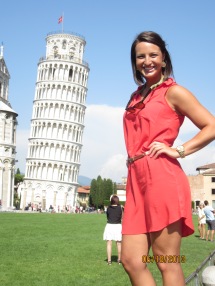 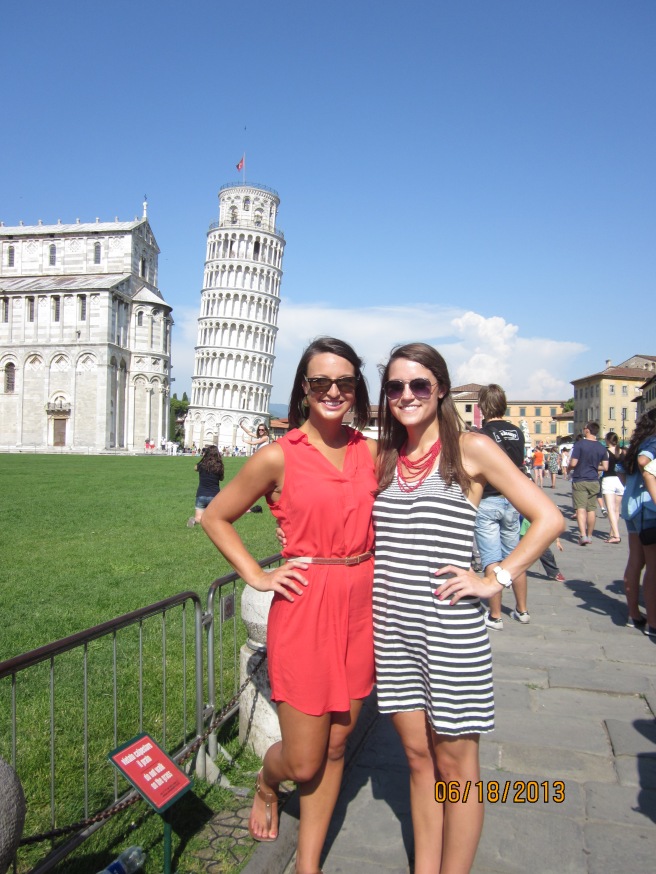 There are a lot more where those came from but they are the  best of the bunch. You’re welcome.

We hopped the train back to Florence that evening and joined our dear roommate Juhi for dinner on our final night together. She was off to Venice in the morning and we were taking a bike tour of Florence/Tuscany!