I shared a few weeks back that Robert and I are deep in the throes of planning our trip to California in December. I finally took the plunge and booked our last hotel in San Francisco and my parents are treating us to our rental car as a Christmas gift. Thanks mom and dad!

Since I have previously confessed to my “Type A” trip planning, it should come as no surprise to anyone that my 4 page, color coded itinerary is near completion. Although I love to plan and create these itineraries, they really serve as more of a rough outline to make sure we don’t miss anything we really want to see. One of the best parts of exploring a new place, especially on foot (which is really the ONLY way, in my opinion) is detouring from your itinerary to meander down unexpectedly beautiful streets, wander through unique shops and stumble into delicious restaurants. It’s important to plan so that you aren’t running in circles or from one side of the city to the next and back again repeatedly, but it’s also essential to leave time to amble. I’m excited to experience what California has to offer, both on my list and off it!

Anyway, all that planning has had me fondly looking back on some of my favorite trips of years past. So I’ve decided to preserve those memories somewhere other than just Facebook albums…with blog posts! This will be the first of a series of travel posts about trips I’ve already taken. It will probably take me a while so they may be interspersed with current trips (California…yay!), recipes and of course other randomness. I hope you’ll enjoy reading them as much as I’m sure to enjoy reminiscing while writing them!

While I was busy learning about phonemes and language acquisition in my first year of graduate school, my best friend Anna was living in China, teaching English for a year. Anna is not only hilarious, fun to be around and beautiful (because that isn’t enough, right?), she’s also really smart. Like keeps up with current events other than just on yahoo, actually understands politics and speaks Mandarin Chinese smart. I know what you’re thinking, it’d be easy to hate her, but she’s just so darn lovable. So I decided to take a break from learning how to elicit R’s and spend my Christmas vacation visiting her in China. Best. Decision. Ever. A trip almost always is though, right?

So after lots of e-mails and planning (mostly on her part), I renewed my passport, got a travel visa, packed what I thought were appropriate clothes for a trip half way around the world and hopped on a plane. 16 hours in coach and one unsuccessful sleeping pill later I arrived in Shanghai!

The first thing I did when I landed was turn my phone on which immediately received a Welcome to China text message. I think other countries (or is it phone providers?) also do this but I remember thinking it was thoroughly creepy at the time. After recovering from the text message creep out I found the nearest restroom and promptly vomited. TMI? I remember feeling terrible the last few hours of my flight. Whether this was due to lack of sleep, taking airborne on an empty stomach or the Chinese airplane food (shrimp lo mien on a plane was probably not the best decision I’ve ever made), I’ll never know, but I felt like a new woman afterwards. Once I cleaned up, I found Anna and we took the subway back to our hostel.

Anna opted to live in hostels rather than rent a permanent place during her time in China so she could spend all of her free time traveling. I have since stayed in several hostels in various countries, and always had great experiences, but since this was my very first time in one, I wasn’t quite sure what to expect. As we navigated the streets of Shanghai and finally found ours, Anna explained to me that in this section of Shanghai, most shops were small, family run and specialized in just a few things. There are some mega-stores like Wal-Mart but there are many more local, niche stores. In fact most families ran their business on the first floor and lived above. It was not at all uncommon to be browsing a shop’s goods only to turn the corner and run into kids having their breakfast or grandpa in the bathroom reading the paper. Whoops!

Our hostel happened to be located on what we referred to as the “Pet Store Street”. Imagine PetSmart broken into 20 different stores that each sold one type of animal…..that was our sweet little street! There was the store that sold cats, the one next door that sold turtles, the one next to that had snakes and all of these were surrounded by plenty of others who sold weird reptiles and giant bugs. Whether the giant bugs were pets or food for pets (or food for humans) is still up for debate. 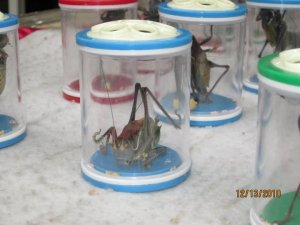 I wasn’t kidding about the giant bugs…. 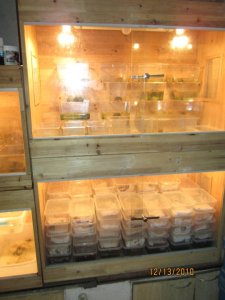 Turtle Store, the terrariums were located on the right side wall, the family’s living quarters were situated along the back wall ( I assume bedrooms were upstairs), and here’s a photo of their cute cat (actual pet, not for sale) for good measure. 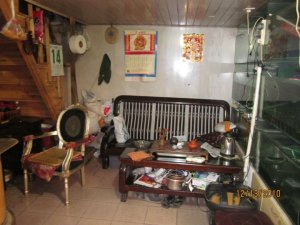 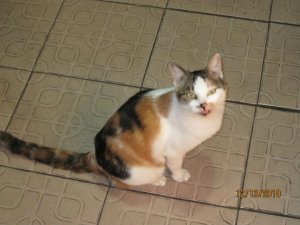 Our hostel, the Mingtown Etour International Youth Hostel, was located all the way at the end of Pet Store Street and it was perfect. Unassuming from the outside, clean and pretty inside. The rooms overlooked a small courtyard complete with a koi pond and a small restaurant. Our room was sparse but clean and the bathrooms were spotless. They also had western style toilets which was a HUGE plus, but more on that later. The hostel was also ridiculously inexpensive. Granted this was a few years ago, but I believe we paid what equated to about 10 US dollars a night. If you are attempting to travel on a budget and have never considered a hostel, I highly encourage you to look into it. Hostelworld.com allows you to read reviews, look at photos and ratings and book through their site.

After checking out our new digs, we settled in for an early night in an attempt to remedy my jetlag and prepare for the full day of touring ahead.  Stay tuned for the Shanghai Museum, my first Chinese fast food experience and introductions to Asian toilets next!

One thought on “A Trip Back: China Part 1”