We met our guide outside the Colosseum to begin our walking tour of ancient Rome bright and early. The area was already buzzing with tourists and a sweet bride and groom taking a few wedding photos. 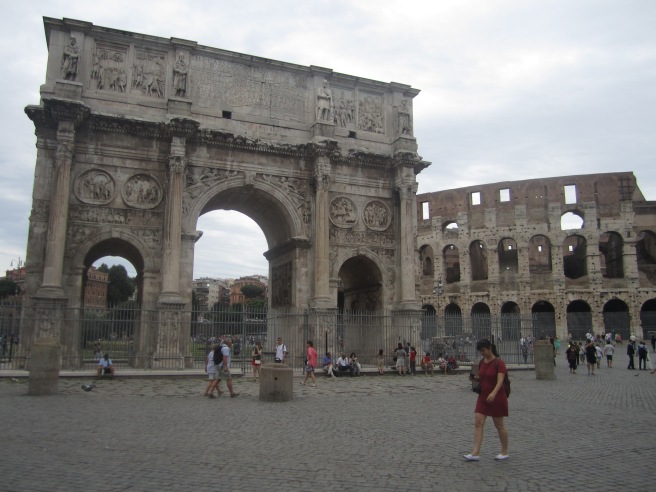 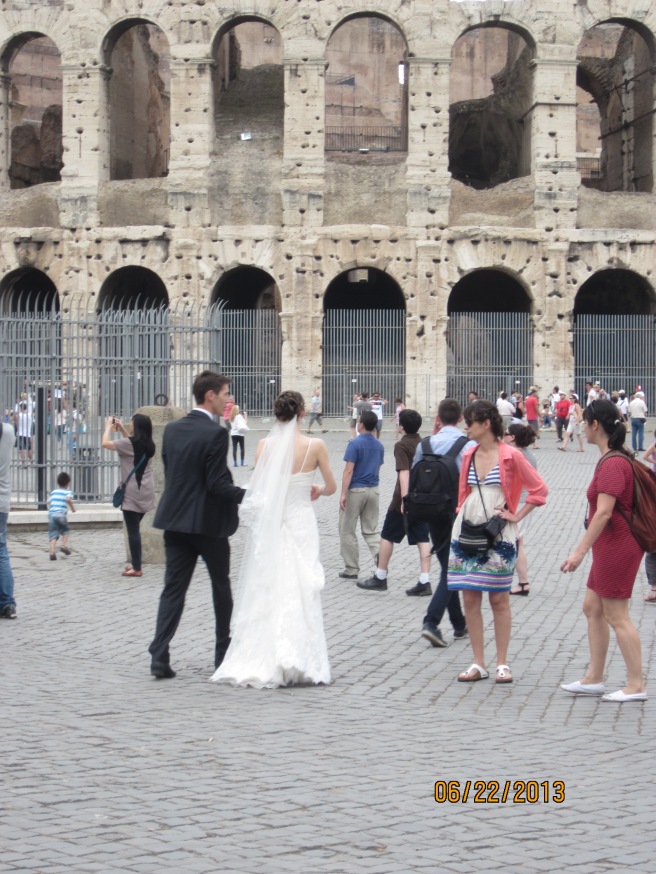 Walking tours are one of my favorite ways to explore and I would absolutely suggest a guide in a place as history-rich as Rome. There are, of course, always self-guided audio tour options, but judging by the couple below, they don’t seem overly engaging. 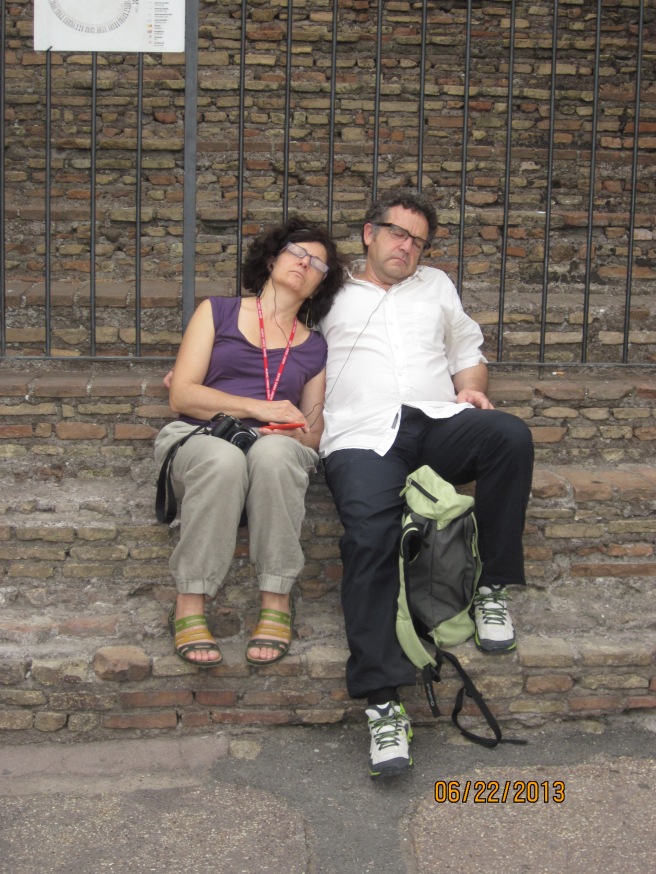 The Colosseum itself was nothing short of impressive and our guide was very knowledgeable. She refreshed most of what I’d forgotten since my high school world history class. 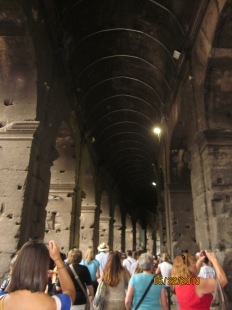 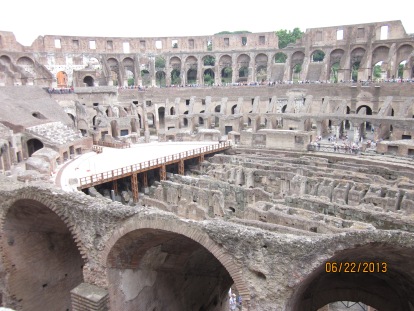 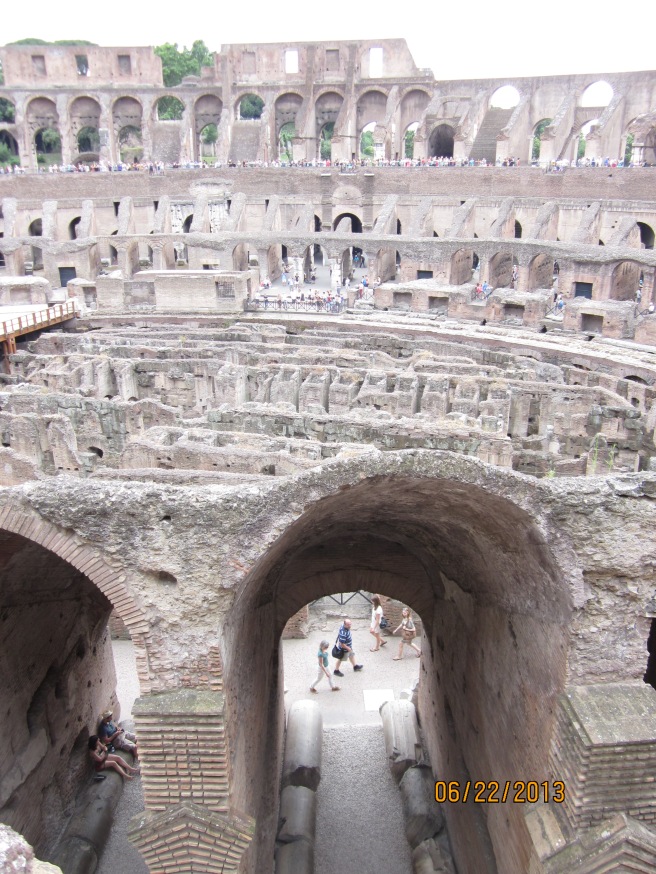 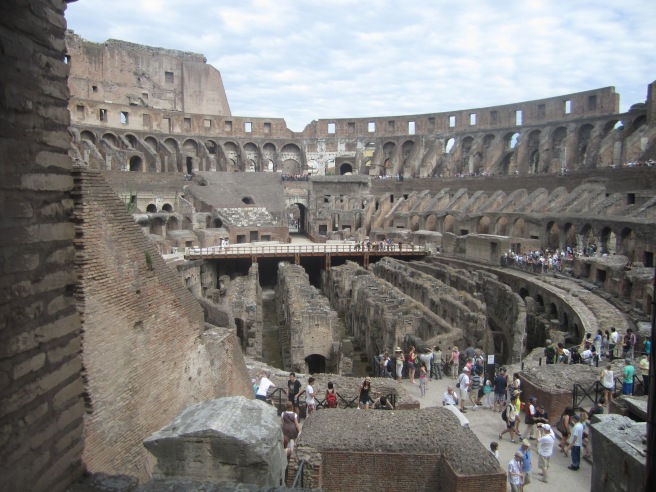 After the Colosseum it was on to the Arch of Constantine. We got much closer and our guide explained all the details of the heavily decorated arch that we had missed the night before. 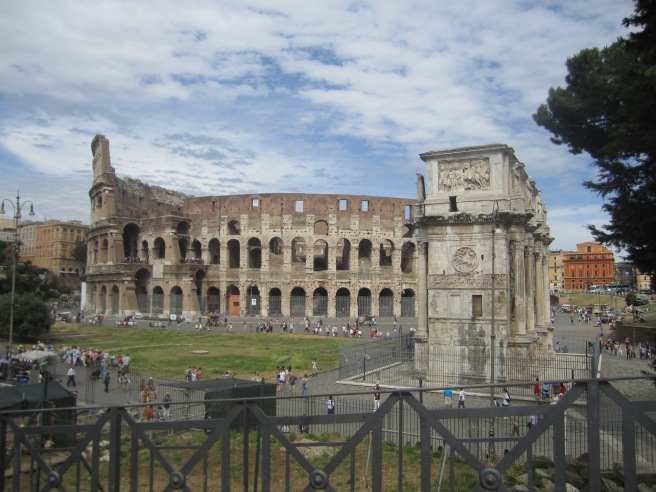 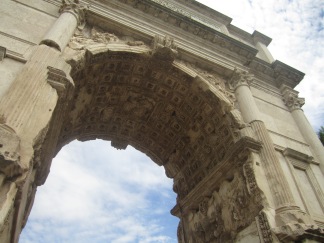 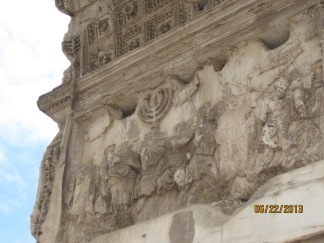 Up next was Palatine Hill, the center-most hill of the ‘Seven Hills of Rome’ that overlooks the Roman Forum. 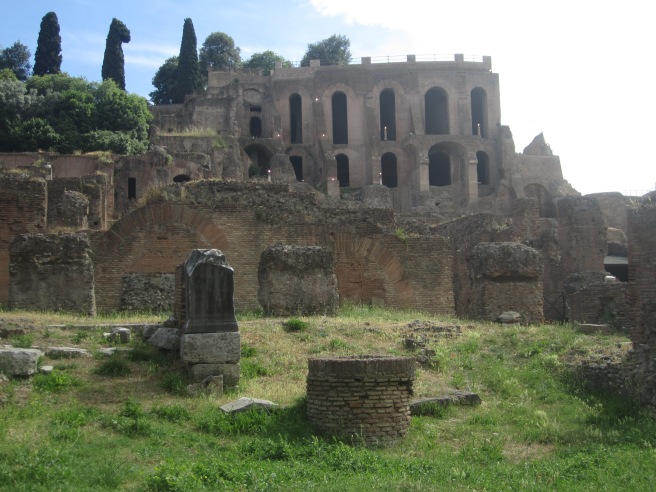 The hill is prominent in Roman mythology and believed to have been one of the first places Romans lived. 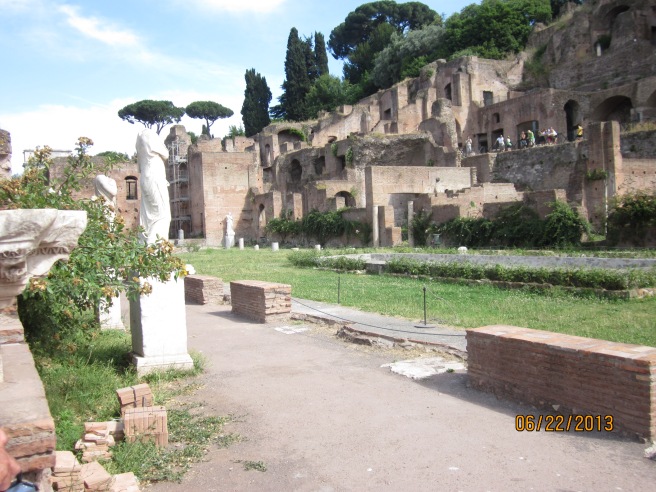 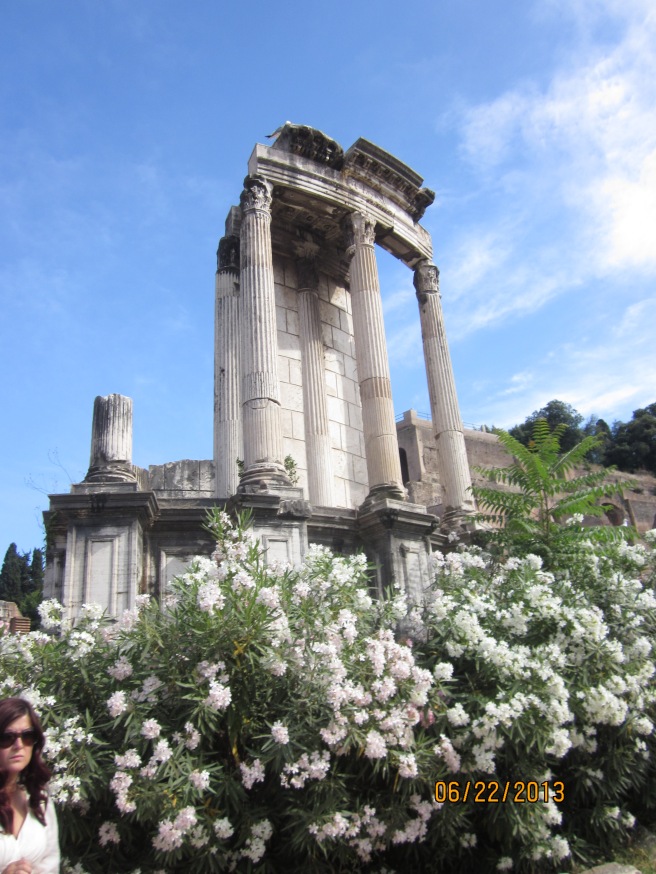 The Roman Forum was our next stop, the ancient city-center of Rome. 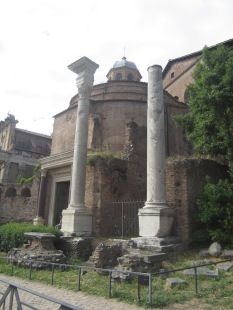 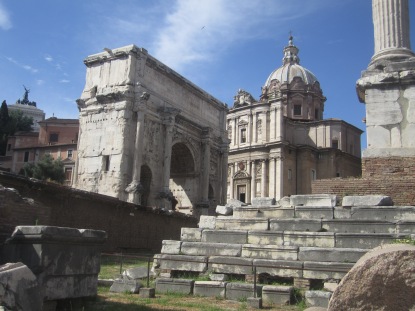 There we saw the Altar of Caesar, his supposed burial place. Not overly impressive for someone so prominent. 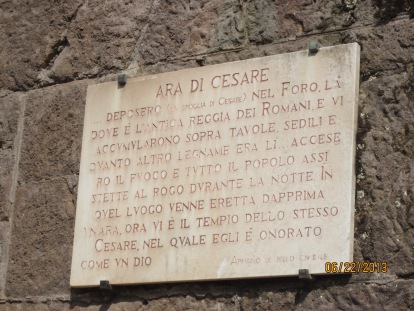 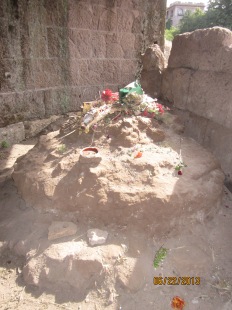 After a stop back by the Trevi Fountain it was on to the more modern parts of Rome for a snack and a glass of wine. 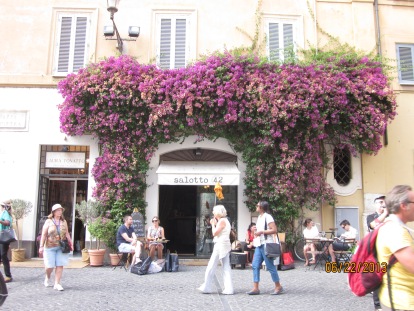 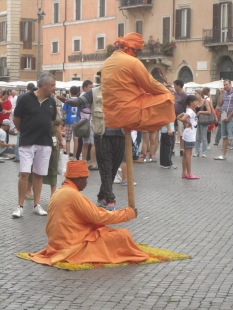 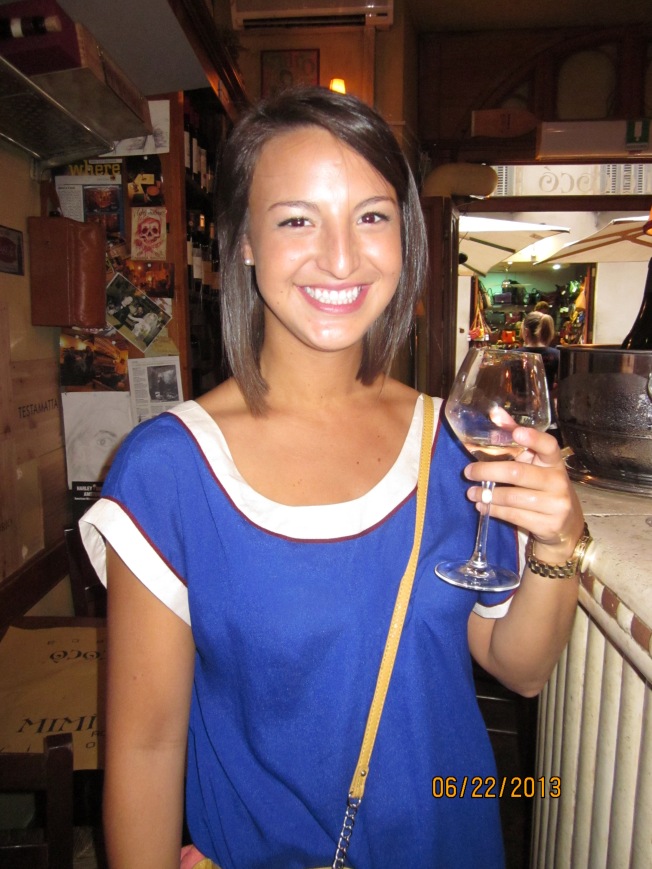 We bid adieu to our tour group and Haley and I made our way to the Spanish Steps where a concert was taking place. 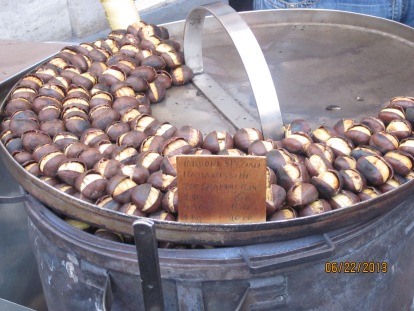 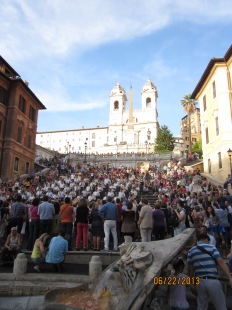 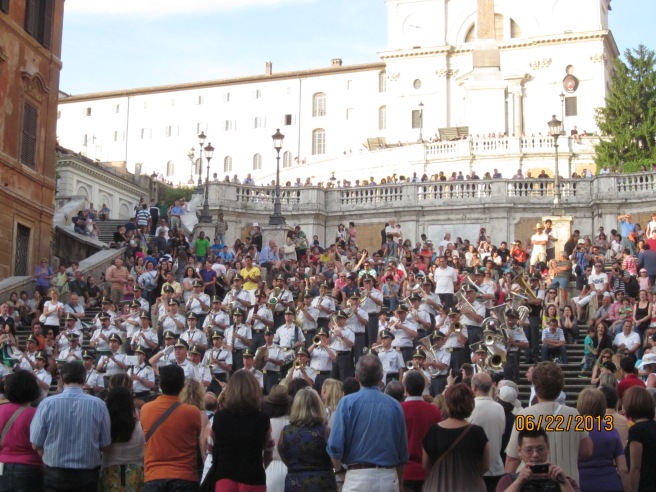 We enjoyed the music and took in the Fontana della Barcaccia, otherwise known as “The Fountain of the Ugly Boat”. The fountain is said to have been inspired when the Tiber River overflowed and a boat was left behind in the city square when the waters receded. 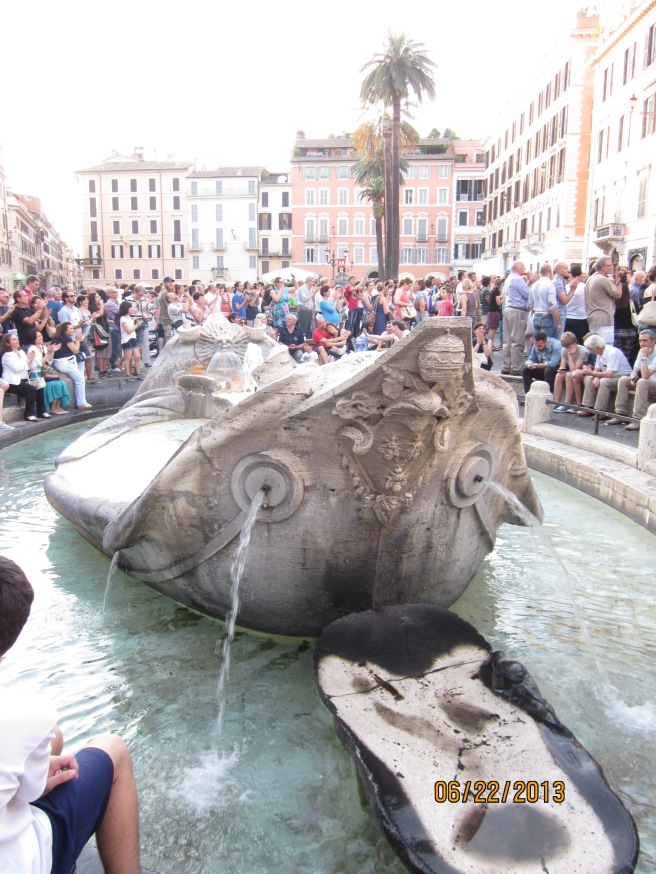 Once the concert concluded we climbed all 135 steps for the necessary photo ops, because, “When in Rome!”. Literally. 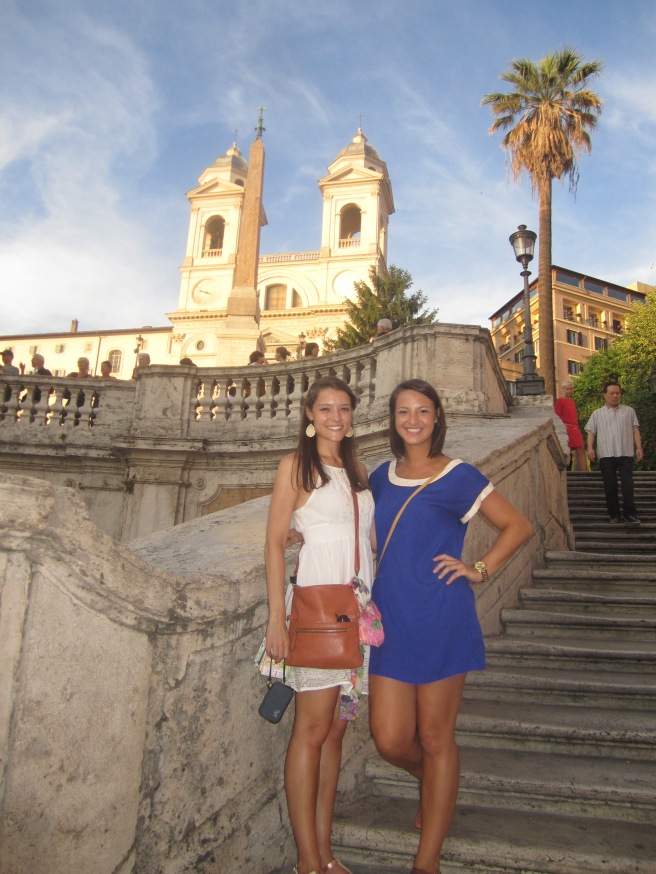 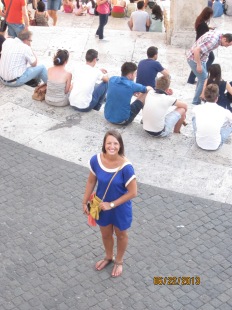 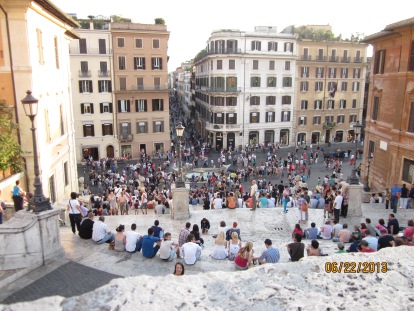 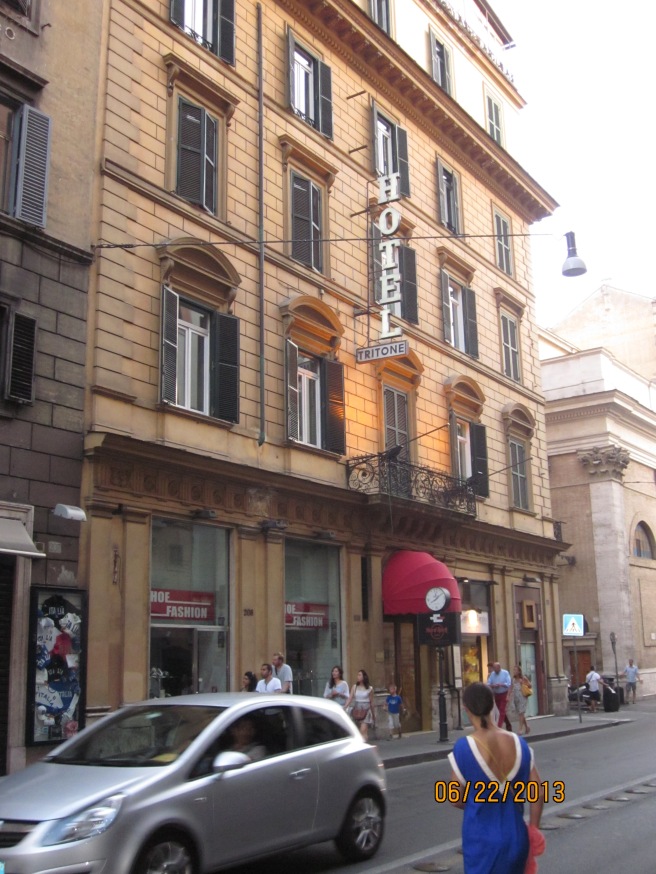 Then it was back to our hotel to pack up and leave the following morning, taking the train to the Amalfi Coast with a stop along the way at Pompeii!